Leading experiential company, Tradeway Promotions, has executed one of the most comprehensive consumer beach campaigns for its customer, the Fore Good Group, which is the exclusive distributor and brand custodian for Pringles® in southern Africa.

“The Pringles Beach Festival which stretched from Cape Town to the Garden Route was a major component that contributed to the brand’s record brand share and volumes in December 2009,” states Jason Frichol, Fore Good’s Group Brand Strategist.Tradeway provided a holistic solution which included all creative elements, production, resources, talent sourcing, procurement in addition to liaising and securing approval with the relevant municipalities. This was the only campaign of this scale and nature stretching from the west to the east coast.Tradeway’s Managing Director, Michelle Francis, says, “This was a highly complex execution which took months of prior planning to deliver a brand engagement extravaganza. Keeping in line with the brand objectives and traits, the main rationale was to interact with consumers and include the brand in the consumer’s seasonal mindset.”The Pringles Beach Festival involved activating over ten brand ambassadors at each beach to facilitate interactions with consumers which included treasure hunts, volleyball, sandcastle building, dance offs and other competitions. Brendan Murray was the MC and was complemented by leading professional sand sculptor, Reon Zeff who built elaborate centrepieces as well as judged the consumer’s creations in the sand building competitions. 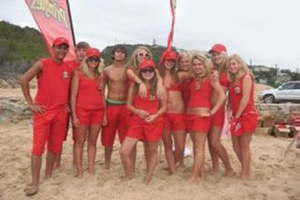 Francis concludes, “The intensity of the experiential activation drove the most important aspects of this initiative which was trial of the ‘perfect chip’ in addition to sales. We activated registered vendors to sell Pringles on the beach in addition to directing consumers to participating stores where we were conducting complementary in store promotions. This initiative is yet another example of how Tradeway is being recognised as best-in-class when it comes to recruiting, training and managing experiential resources in and out of store.”
By Tradeway|2020-09-09T15:44:52+02:0028 May 2010|Press Releases|Comments Off on Tradeway’s beach activation delivers exponentially for Pringles